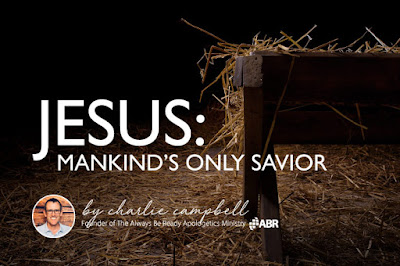 I think it’s safe to say that most, if not all of you, have a friend or family member who is actively involved in a religion other than Christianity. We live in a very religious world. Pew Research Center’s 2014 Religious Landscape Study concluded that atheists make up only 3.1% of the U.S. population; agnostics 4%. (Source)
Most people believe in some sort of god or "higher power." And of course, this is not just true of the day and age in which we live. Whenever and wherever people have lived, they have been found giving some recognition to a power or powers beyond themselves. As far back in time as anthropologists have been able to discover, religion has existed in every society. From the most primitive societies to the most culturally advanced, humans have been found to be worshipping creatures.
And so today, on every continent, the world is filled with different religions (Christianity, Hinduism, Buddhism, Judaism, Islam, etc.)
Now, one of the popularly held beliefs today regarding the religions of the world is that all religions basically teach the same thing.
George Lucas, in an interview in Time magazine, said, "I remember when I was ten years old, I asked my mother, ‘If there’s only one God, why are there so many religions?’ I’ve been pondering that question ever since, and the conclusion I’ve come to is that all religions are true." (Time, April 26, 1999)
Madonna concurs. She said, "I do believe that all paths lead to God. It’s a shame that we end up having religious wars, because so many of the messages are the same." (Q Magazine, March 1998)
That is what a lot of people believe today. Yet, when one takes the time to study the religions of the world, you learn that this is not the case. Yes, there are some superficial similarities. But when you look into the foundational, core teachings of the religions, it doesn’t take long to see that many of them are vastly different from one another, and that many of them flat out contradict one another regardin the nature of God, humanity, the problem of evil, the afterlife, etc.
Because that is the case, they certainly cannot all be true. Read this article in its entirety here.
Posted by Charlie Campbell at 9:45 AM

Are You Prepared to Answer Atheists and Skeptics' Top 50 Objections? 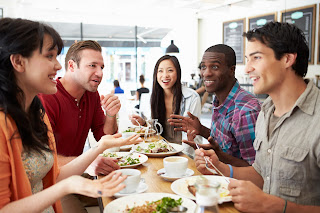 Friend, could you use help answering atheists, skeptics, and agnostics’ top 50 objections and questions about God and the Bible? Objections like:


Learn how these and other objections and questions can be answered in my updated, expanded 2018 edition of One Minute Answers to Skeptics. 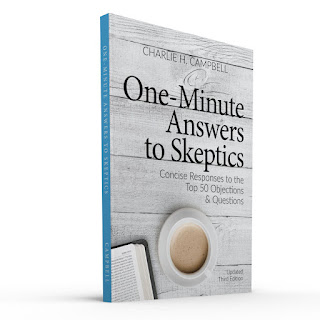 Posted by Charlie Campbell at 4:37 PM

How Critics of Christianity Often Distort the Story of Galileo

Someone asked me a while back, "How do you justify the Catholic Church imprisoning and torturing Galileo for teaching that the Earth revolves around the Sun? That seems to me to be a prime example of people who take the Bible seriously standing in the way of scientific progress!"

Despite Carl Sagan’s statement about him being “in a Catholic dungeon” where he was “threatened...with torture”[2] or the Indigo Girls singing, “Galileo’s head was on the block,”[3] Galileo “was never in a dungeon or tortured.”[4] This is widely acknowledged today in biographies on Galileo, history books, the Encyclopedia Britannica, etc. Galileo was sentenced to a rather comfortable house arrest in his villa near Florence, Italy.[5] He was allowed to continue working and writing, and the Catholic Church even continued giving him his pension[6] until he died “peacefully in his bed”[7] nine years later at the age of 77 in 1642. Don’t misunderstand me—I disagree with how Galileo was treated. No one wants to have their ideas rejected and be confined to their home. So, I’m not seeking to justify what happened, only to lay to rest some of the legends about the Catholic Church supposedly torturing Galileo in a dungeon.

But something else needs to be pointed out. The Catholic Church’s opposition to Galileo is only part of the story. Do you know who else rejected Galileo and his discoveries? The brightest intellectuals, secular philosophers, and academic professors of his day![8] I never see this mentioned on atheists’ websites. And I think I know why! It takes all the wind out of their “Christians were standing in the way of scientific progress” propaganda.

Galileo’s scientific arguments (which built upon and advanced Nicolaus Copernicus’s heliocentric Sun-centered hypothesis published in 1543) threatened the all-pervading view held by the academies. They held to the geocentric understanding developed by Aristotle (384–322 BC) that said the Earth was at the physical center of the universe[9] and Ptolemy’s (AD c. 100–c. 170) view that the Earth was stationary and the Sun revolved around it. This Aristotelian-Ptolemaic geocentric view was entrenched everywhere and it had been for 1400 years. So, it wasn’t just the Church that opposed Galileo’s discoveries! The brightest thinkers of the day disagreed with him, including the “secular philosophers who were enraged at his criticism of Aristotle.”[10] Even Tyco Brahe (1546–1601), the greatest astronomer of the period disagreed with Galileo.[11] This widespread opposition is a hugely important part of the story that is conveniently left out whenever atheists tell the story.

And here’s another thing atheists never mention on their websites or in their books. Galileo, often referred to as the “father of modern astronomy,” the “father of modern physics,” and the “father of science”[12] was—get this—a Christian! Not a nominal Christian; he was a firm believer in God and the Bible, and remained so all of his life, even after his ideas were rejected by the Catholic Church.[13] In a letter explaining his views on the mixture of science and religion, Galileo wrote: “Holy Scripture could never lie or err...its decrees are of absolute and inviolable truth.”[14] And Nicolaus Copernicus (1473–1543)—the astronomer who proposed the heliocentric[15] (Sun-centered) system before Galileo—was a Christian as well, one who believed “the universe [had been] wrought for us by a supremely good and orderly Creator!”[16]

So, the story of Galileo as some bright agnostic or atheistic astronomer going up against a group of bumbling, Bible-wielding churchmen impeding the march of science is misleading, anti-Bible propaganda.


This was excerpted from the forthcoming book, Scrolls and Stones
by Charlie Campbell, Copyright © 2014.

Posted by Charlie Campbell at 9:14 PM

Charlie Campbell
Charlie is the Founder and Director of the Always Be Ready Apologetics Ministry, an author, and a popular guest teacher at churches and conferences around North America where he addresses numerous issues related to the defense of the Christian faith. Previously, he was an instructor at the Calvary Chapel Bible College in Murrieta, California, and the Director of the School of Ministry at Calvary Chapel in the city of Vista where he taught courses on apologetics, world religions and cults, systematic theology, eschatology, church history, hermeneutics, homiletics, and evangelism (1997-2005). His books and DVDs have been endorsed by Norman Geisler, Charles Colson, Ed Hindson, Chuck Smith, Jeremy Camp, Nancy Leigh DeMoss, and others. 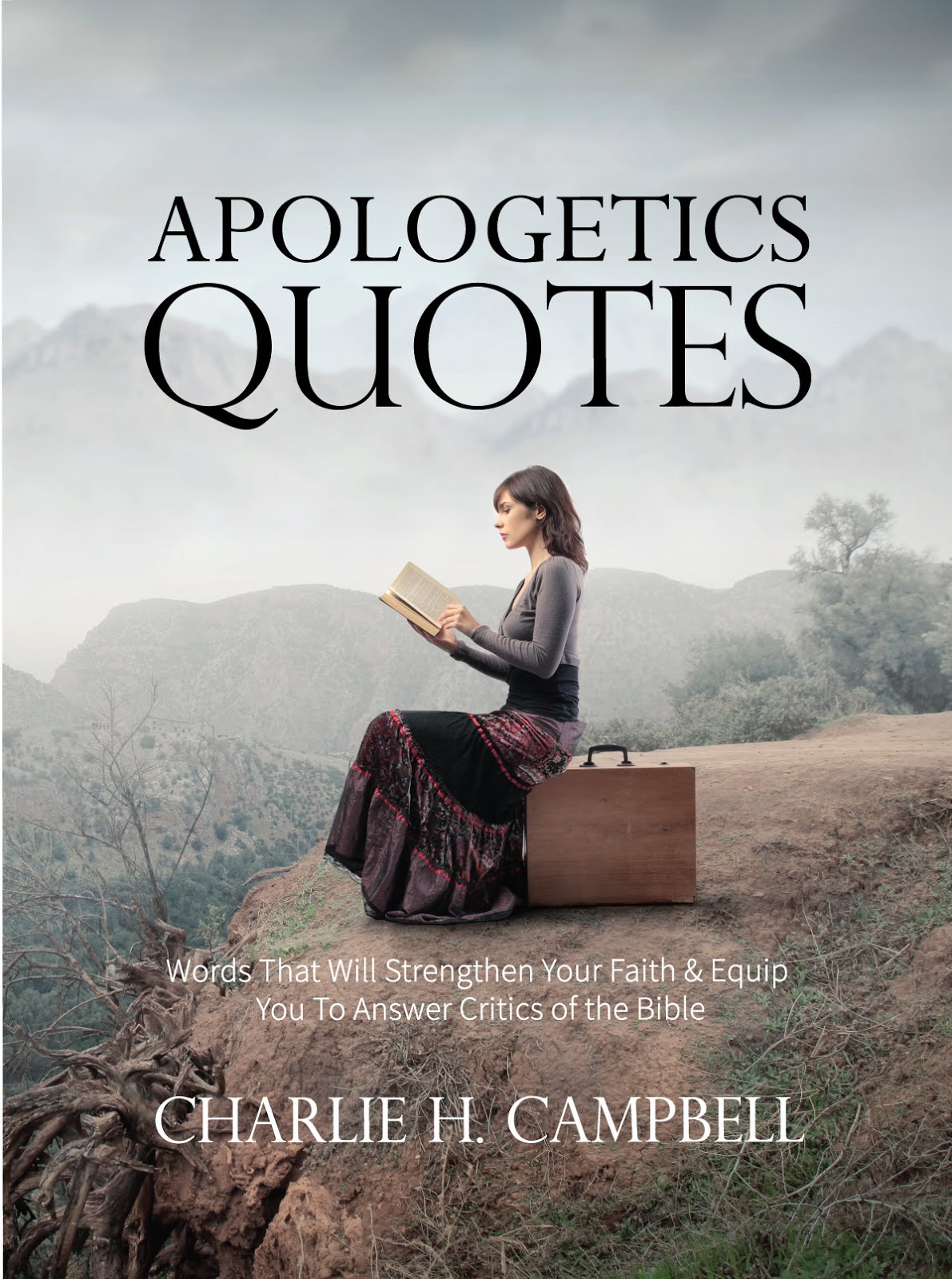 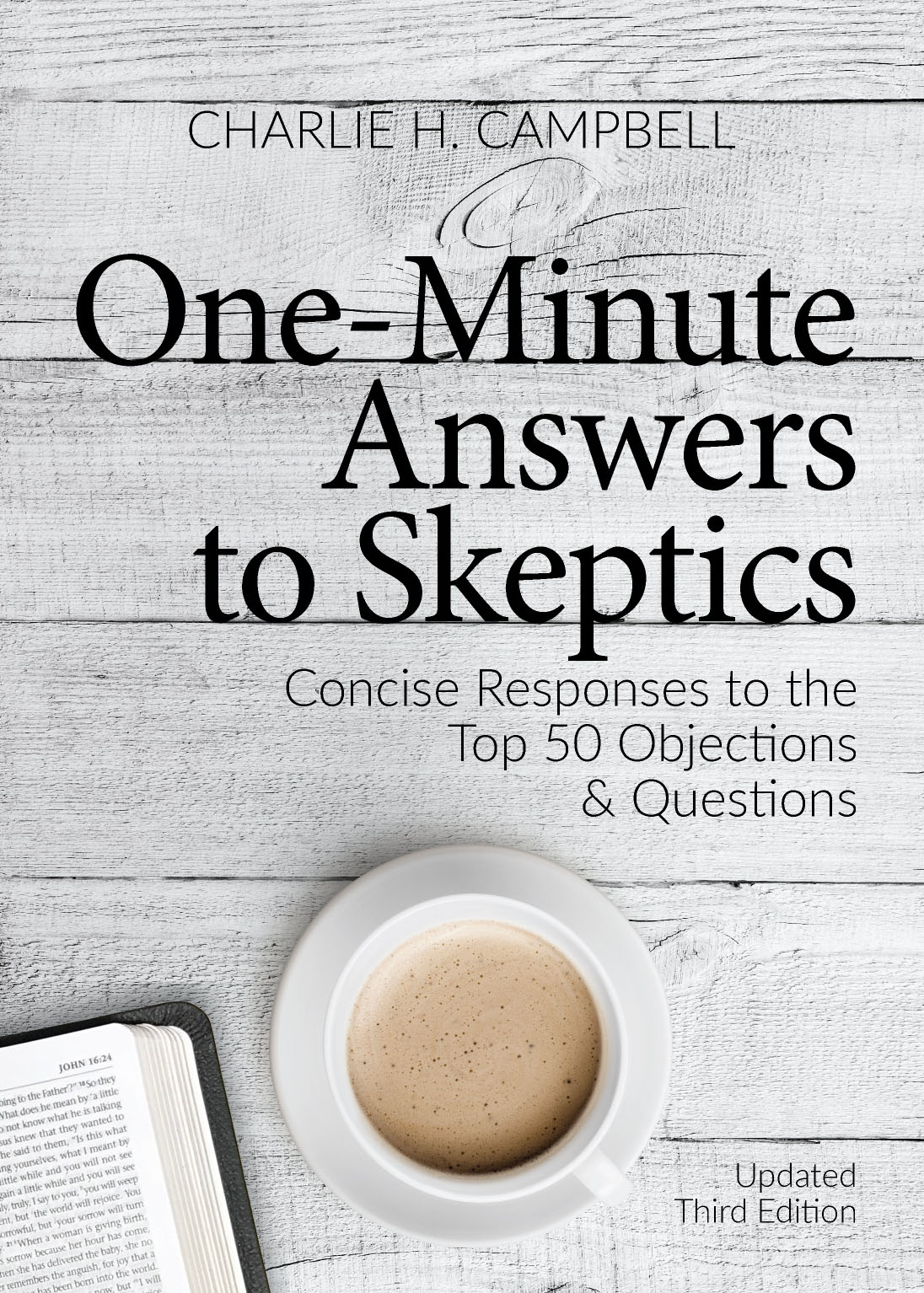 Archaeological Evidence for the Bible 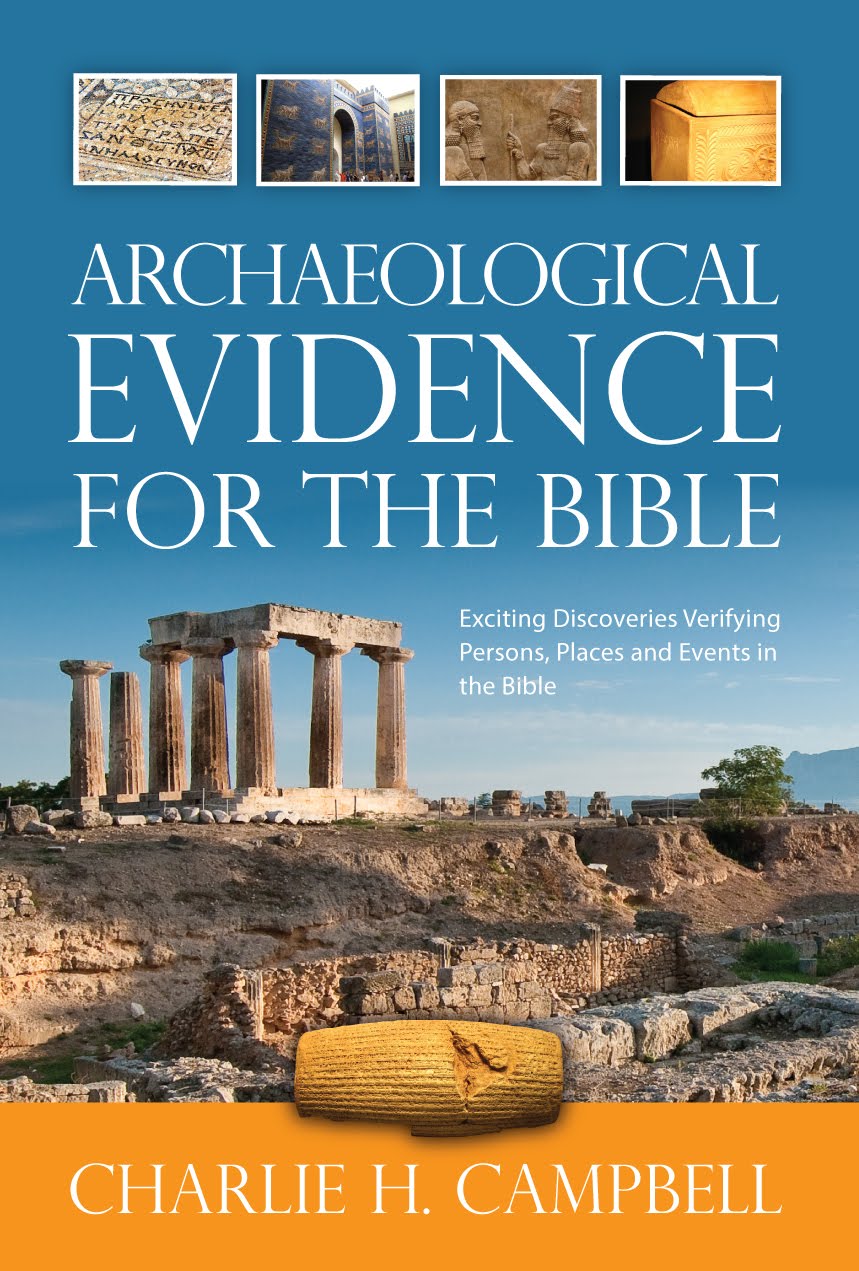 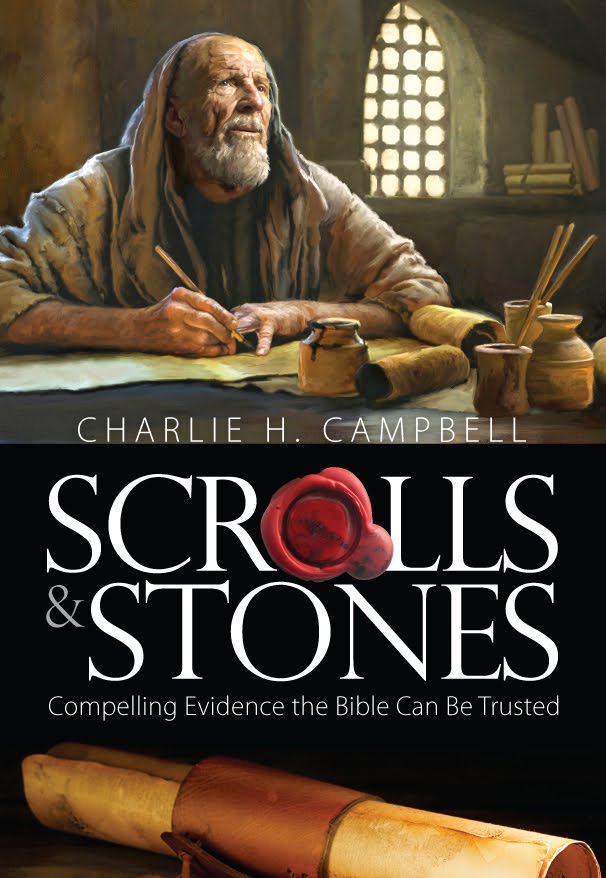 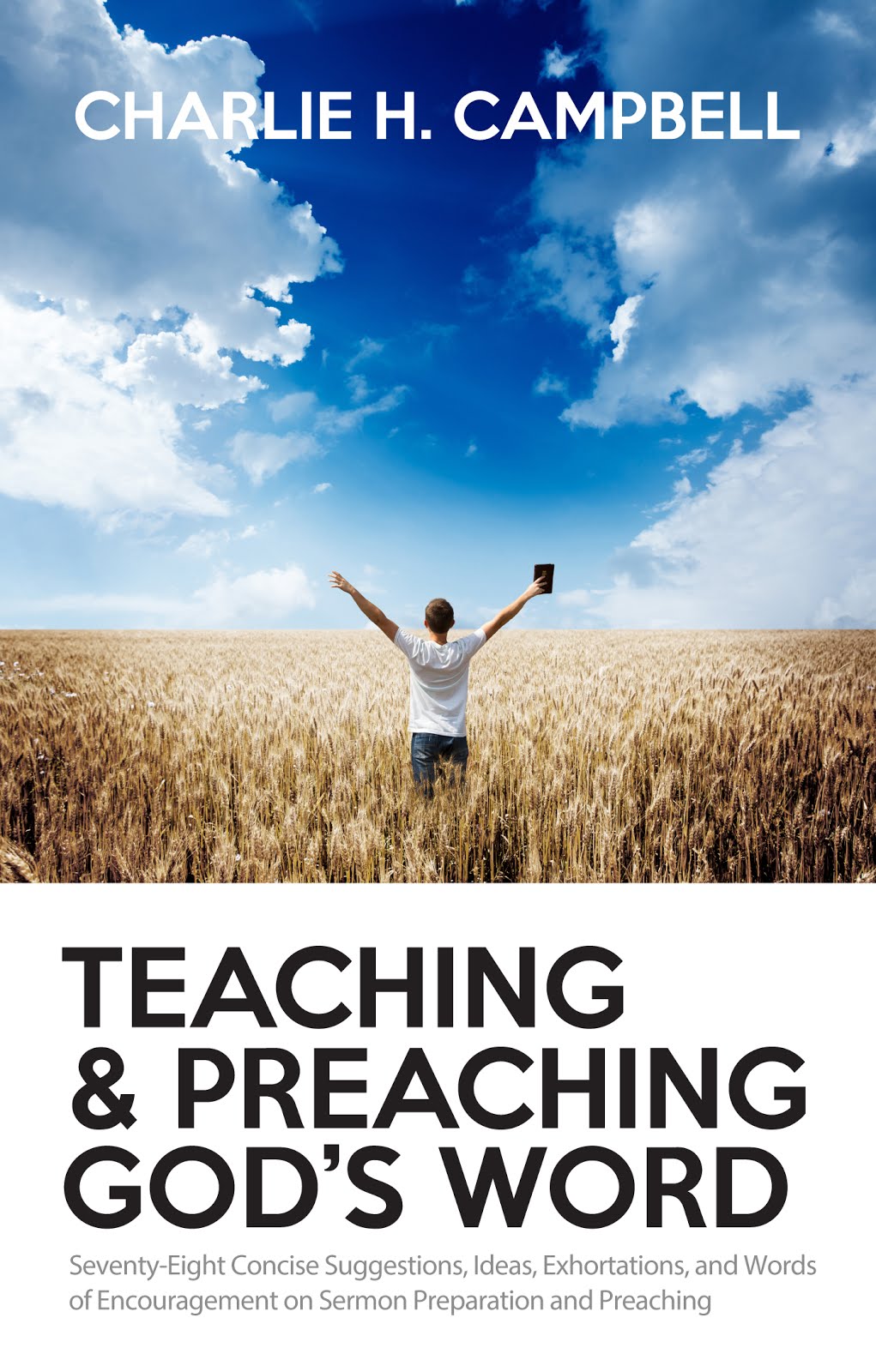 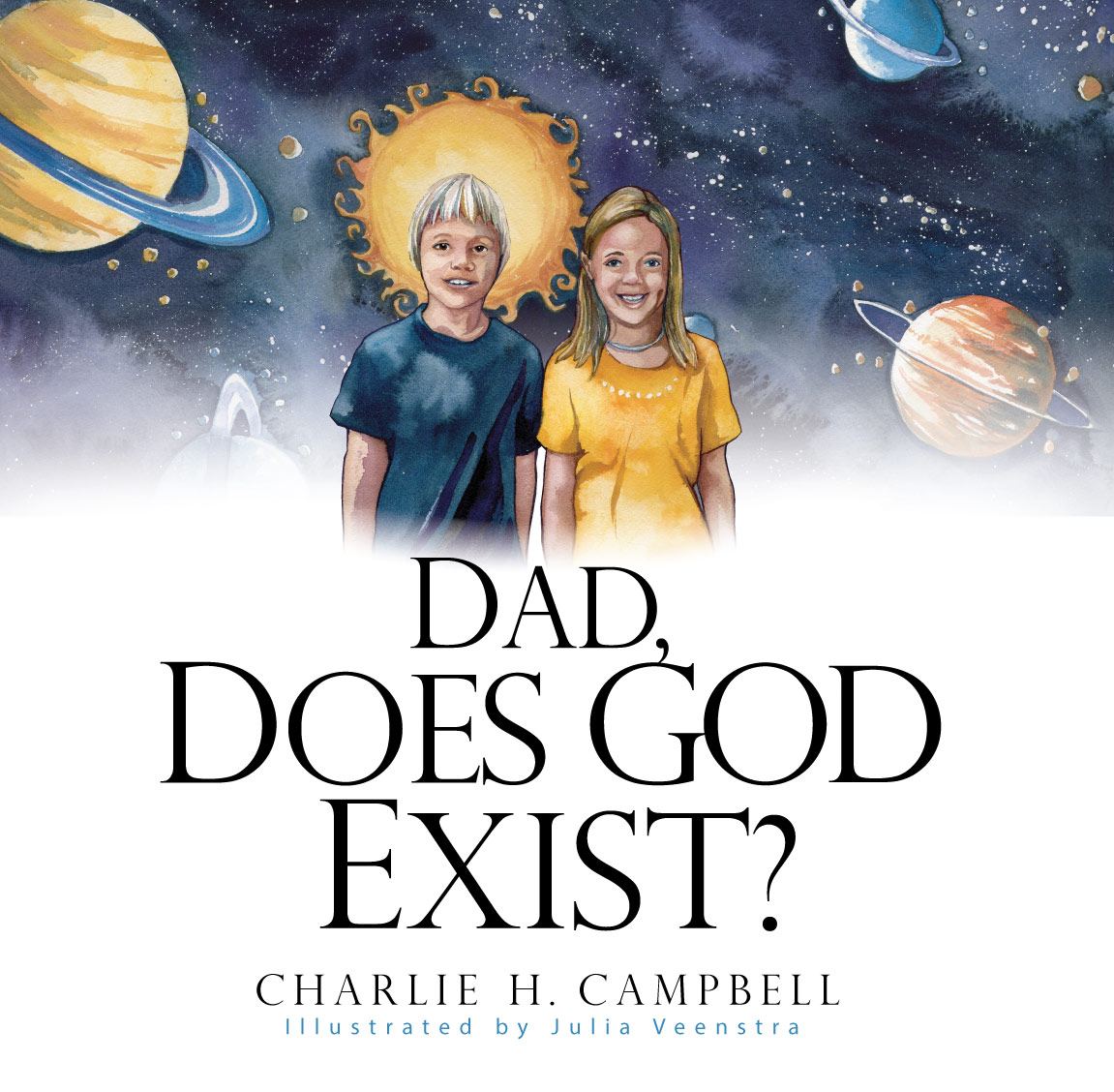