Was Christianity Stolen from Mithraism? 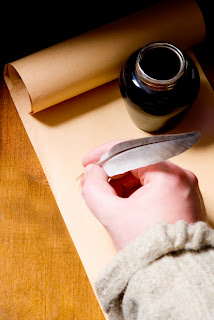 Someone emailed me recently asking for help responding to a challenge an atheist had sent him. Here was the challenge:

Atheist:  "The New Testament is a carbon copy of the older and very large Mithra religion. The bible is a bastardized mixture of cherry picked stories from Judaism and Mithraism. Christianity is Mithraism wearing a new name. Try disproving both of those claims and then get back to me. I won't hold my breath."

Below is a slightly edited edition of my response to the Christian brother who emailed me...

It sounds like your friend watched the online movie Zeitgeist. We have a section at AlwaysBeReady.com that responds to the claims in the movie here. But before I respond to someone who makes so many grandiose claims I like to put the burden of proof back on the person making the claims. Why should I have to disprove his claims? He made them. Let's see him offer us some good reasons why we should take him seriously.

I suggest calling up your friend (this prevents him from just cutting and pasting stuff off some atheist's website) in love and humility and asking questions like:

•  You sound like you're quite an expert on the topic, and I'm open to learning if I've overlooked something, What can you tell me about Mithraism?
•  Who started Mithraism?
•  When and where did Mithraism get started?
•  How did you come to your conclusion that the New Testament is a "carbon copy" of Mithraism?
•  What books did you read?
•  Have you read any books or articles that respond to those claims or allegations? If so, which ones? If not, would you be willing to read one and let me know what you think?
•  In what ways is the New Testament a carbon copy of the "Mithra" religion?
•  What stories specifically in the Bible were "cherry picked from Judaism or Mithraism"?
•  Can you tell me the original places (chapter and verses) in the ancient writings where those stories were taken from?

Asking pointed questions like that in many cases will help people see that they do not know what they are talking about. People are usually passing along hearsay, e.g., something they heard in Zeitgeist. After you're done asking questions and listening carefully to their responses, they might be more open to hearing what you have to say about the topic. This will probably require some reading and research on your part, and I'll provide some helpful in-depth articles for you to read below.

Regarding the claim that the events surrounding Mithra’s life were stolen by the New Testament authors. These claims are not credible. Even the Encyclopedia Britannica acknowledges that Mithraism (the religion associated with Mithra) could not have influenced the Gospel writers. It states:

“There is little notice of the Persian god [Mithra] in the Roman world until the beginning of the 2nd century, but, from the year AD 136 onward, there are hundreds of dedicatory inscriptions to Mithra. This renewal of interest is not easily explained. The most plausible hypothesis seems to be that Roman Mithraism was practically a new creation, wrought by a religious genius who may have lived as late as c. AD 100 and who gave the old traditional Persian ceremonies a new Platonic interpretation that enabled Mithraism to become acceptable to the Roman world.”

The four Gospels were done well before the close of the first century. If Mithraism wasn’t even known in the Roman world in the first century, as the Encyclopedia Britannica says, then it is misguided to suggest that teachings regarding Mithra influenced the Gospel writers.

In his book, Christianity and the Hellenistic World, Ron Nash writes:  "Allegations of an early Christian dependence on Mithraism have been rejected on many grounds. Mithraism had no concept of the death and resurrection of its god and no place for any concept of rebirth—at least during its early stages.... During the early stages of the cult, the notion of rebirth would have been foreign to its basic outlook….Moreover, Mithraism was basically a military cult. Therefore, one must be skeptical about suggestions that it appealed to nonmilitary people like the early Christians." (p. 144).

The apostle Peter wrote, "We did not follow cleverly invented stories when we told you about the power and coming of our Lord Jesus Christ, but we were eyewitnesses of his majesty. For He received honor and glory from God the Father when the voice came to Him from the Majestic Glory, saying, "This is my Son, whom I love; with him I am well pleased." We ourselves heard this voice that came from heaven when we were with Him on the sacred mountain." (2 Peter 1:16-18).

Here are some helpful articles on this topic:

"Was Christianity Borrowed from Mithraism?" by Dr. Norman Geisler
"Was the New Testament Influenced by Pagan Religions" by Ronald Nash
"The Zeitgeist of the 'Zeitgeist Movie'" by Ben Witherington
"A Refutation of Acharya S's book, The Christ Conspiracy" by Mike Licona
[The Christ Conspiracy is the main source of information in Zeitgeist].
"Christianity, the Resurrection of Christ and the Mystery Religions" by Dr. John Ankerberg and Dr. John Weldon
"Paul and the Mystery Religions" by Don Closson
"A Summary Critique: The Mythological Jesus Mysteries" by H. Wayne House
"Ancient Non-Christian Sources for the Life of Christ" by Gary Habermas


Posted by Charlie Campbell at 3:37 PM