Is There Archaeological Evidence for the Exodus? 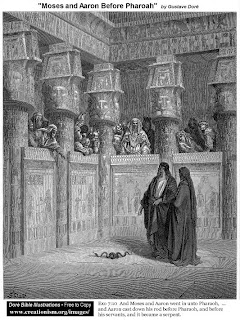 The Bible tells us that God delivered the Israelites from their slavery in Egypt and led them into the land to the north that He had promised to Abraham centuries earlier. Critics of the Bible have long voiced their skepticism regarding the Exodus account.
One of the objections critics raise has to do with the massive Egyptian military presence that was along the Mediterranean coast route leading up to Canaan. [1] Critics suggest that it would have been impossible for the Israelites to make it past such a force. Well, they are failing to consider a couple of things. First off, an army of any size is no match for God. You may recall what a lone angel did to 185,000 Assyrians in a single evening (2 Kings 19:35). A second fact that critics overlook is that the Bible specifically tells us that the Israelites were not led out via the route along the Mediterranean lest they retreat when they saw the soldiers (Exodus 13:17–18). It is not uncommon for critics of the Bible to misread or fail to understand the details of a Biblical account and then attack their own misunderstanding.
Another objection critics raise regarding the Exodus concerns the lack of any Egyptian records mentioning the Israelite’s departure from the land. But a lack of records should not concern us. It is reasonable to believe that the Egyptians had some written record of the Exodus but as British Egyptologist Kenneth A. Kitchen says, voluminous papyrus archives once stored in Egypt have vanished:
In the sopping wet mud of the Delta, no papyrus ever survives (whether it mentions fleeing Hebrews or not)…In other words, as the official thirteenth-century archives from the East Delta centers are 100 percent lost, we cannot expect to find mentions in them of the Hebrews or anybody else. [2]
“Well,” the skeptic says, “perhaps no written record survives on papyrus, but surely there should be something in a wall relief that mentions the Exodus.”
I disagree. As Jeffery Sheler, U. S. News & World Report religion writer, says:

Official records and inscriptions in the ancient Near East often were written to impress gods and potential enemies, it would be quite surprising to find an account of the destruction of pharaoh’s army immortalized on the walls of an Egyptian temple…Indeed, the absence of direct material evidence of an Israelite sojourn in Egypt is not as surprising, or as damaging to the Bible’s credibility, as it first might seem. [3]


“Okay,” the skeptic reasons, “perhaps there wouldn’t be a wall relief telling the story of the Exodus, but surely the Israelites would have left behind some pottery in the Sinai desert during their sojourn from Egypt to Canaan.”
When it comes to archaeological evidence for the Exodus (such as pottery), it is important to remember that the Israelites lived as nomads during their time in the wilderness. Nomads living in a desert like environment, where every utensil and tool is of great value, leave few traces in the archaeological record. The Israelite’s temporary tent encampments from 3000 years ago would not have left much behind in the swirling sands of the desert.
Former Yale professor Millar Burrows agrees: “It is hardly reasonable, in fact, to expect archeological evidence of their sojourn anywhere. We cannot expect much help from archeology in tracing the route of a people’s migration through the desert.”[4]
We also need to keep in mind that the Israelites left Egypt “in haste” and that “they were driven out of Egypt and could not wait, nor had they prepared provisions for themselves” (Exodus 12:33, 39). They did not foresee their disobedience that would keep them from the Promised Land and lead to a prolonged time in the wilderness. The Israelites were originally setting out on a short journey to Canaan with the understanding that God was going to provide for their needs (Exodus 3:8–12). They were not going to need to haul all their heavy pottery with them.
Now having acknowledged that the archaeological evidence for the Exodus is scant, certain details in the Biblical account have been corroborated by archaeology. For example, the BBC reports:
According to the Bible, as the Hebrews left Egypt, Pharaoh changed his mind and sent 600 chariots to chase the runaway slaves. Could 600 be a biblical exaggeration? In 1997, on the site of the city of Ramses II, German archeologists unearthed the foundations of an ancient stable. By the end of the dig, they had found enough stables for at least 500 horses and chariots. [5]
For more examples of these kinds of corroborating details see Randall Price’s excellent book The Stones Cry Out. [6]
Let us assume though that no compelling archaeological evidence surfaces that directly affirms the events of the Exodus. [7] Does that mean that the Exodus did not take place? Of course not. There are many events mentioned in the Bible that will never be affirmed by archaeological evidence. Many events could never be affirmed by archaeological evidence because they do not leave behind the kind of evidence archaeologists can find. Or perhaps the evidence for the Exodus has just not been discovered. It may be that something will be unearthed a few years from now that will shed new light on this historical event. Numerous theories that were critical of the Bible have evaporated with the turn of the archaeologist’s spade.
This entry was adapted from my book Archaeological Evidence for the Bible.
1. K. A. Kitchen, On the Reliability of the Old Testament, 467.
2. K. A. Kitchen, On the Reliability of the Old Testament, 466. Italics in original.
3. Jeffery Sheler, Is The Bible True? 78.
4. Millar Burrows, What Mean These Stones? 63.
5. “Moses,” July, 2009, http://www.bbc.co.uk/religion/religions/judaism/history/moses_1.shtml, accessed October 4, 2010.
6. In particular, see the chapter: “The Exodus: The First Passover Plot?” in Randall Price, The Stones Cry Out: What Archaeology Reveals About the Truth of the Bible (Eugene, OR: Harvest House, 1997), 125–140.
7. For a critique of Bob Cornuke’s claims in In Search of the Mountain of God: The Discovery of the Real Mount Sinai (Broadman & Holman, 2000), I refer you to the article on Associates for Biblical Research website by Gordon Franz, “Is Mount Sinai in Saudi Arabia?” June 10, 2008, accessed November 23, 2010, http://www.biblearchaeology.org/post/2008/06/10/Is-Mount-Sinai-in-Saudi-Arabia.aspx.
Posted by Charlie Campbell at 11:37 PM 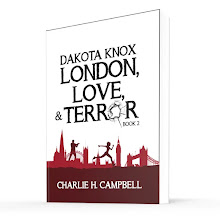