The Human Body: A Marvelous Testimony to an Intelligent Designer

I have a friend who graduated from med school a few years back. One night, while he was still in school, I was over at his house looking through one of his textbooks. The book was about 800 pages long and filled with hundreds of photographs of the inside of the human body. I was amazed. I mentioned to him that I would find it difficult to believe that any of the students, after seeing the inside of body up close like that, could remain atheists. He said, "Charlie, there are NO atheists in med school." Now, I'm sure that there are some atheistic med school students out there somewhere. But his point was well-taken.
The complexity of the human body causes many of them to abandon any previously held atheistic views.
The body is indeed a marvelous testimony to an intelligent designer. It has:
I find it difficult to believe that the human body could have come into existence by some mindless process apart from an incredibly intelligent designer, even given millions of years.

The late agnostic astronomer Carl Sagan conceded that the brain alone is a "machine more wonderful than any devised by humans" and that it holds "enough information to fill some twenty million volumes" (Carl Sagan, Cosmos, p. 278). Did this marvelous piece of machinery "more wonderful than any devised by humans" come into being by undirected, blind natural processes? I dont have enough faith to believe that. You could leave the barren side of a mountain exposed to wind, rain, the forces of nature, chance and millions of years of time and you would never get a Mt. Rushmore, let alone a living, breathing human being. Why? It takes intelligence. You need intelligent intervention. It would take great intelligence to create a robot that operates like a human, and it would take even greater intelligence to create a real human being.

No one alive today would believe that the faces of Mt. Rushmore came about by millions of year of erosion, wind, rain and undirected random acts. And yet atheists believe that real-life human beings with 206 bones, 640 muscles and hearts that beat over 100,000 times a day, are the product of a mindless, random series of accidents. This is foolish.

The Psalmist was right when he said, "The fool has said in his heart, 'There is no God.'" 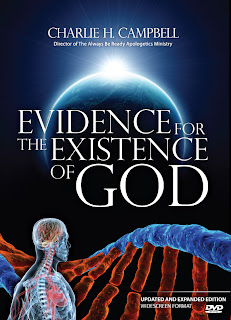 Posted by Charlie Campbell at 4:31 PM

World Net Daily reports today: Christian leaders from around the world are hailing the announcement of a source for stem cells – and their related medical research lines – without obtaining them from aborted babies or from lab-created-and-destroyed human embryos.

The announcement in Nature Biotechnology said seven years of research by scientists from Wake Forest School of Medicine and Harvard University concluded that stem cell lines derived from amniotic fluid actually have a greater potential for good than stem cells from human embryos. Click here to read the rest of the story.

Posted by Charlie Campbell at 4:04 PM

The Real Reason Most Skeptics Don't Consider the Claims of Christ

It would be wise when witnessing to skeptics of Christianity to remember that it is not usually intellectual objections alone that keep a person from seriously considering the claims of Christ. Many times, a major reason for their resistance is that they are enjoying a sinful lifestyle that they know will have to change if they are to become Jesus' disciples. Jesus said, "The light has come into the world, and men loved the darkness rather than the light because their deeds were evil. For everyone practicing evil hates the light, and does not come to the light, lest his deeds should be exposed" (John 3:19-20). Lee Strobel, a former atheist, confesses, "I had a lot of motivation to find faults with Christianity when I was an atheist. I knew that my hard-drinking, immoral, and self-obsessed lifestyle would have to change if I ever became a follower of Jesus, and I wasn't sure I wanted to let go of that. After all, it was all I knew. Consequently, instead of trying to find the truth, I found myself attempting to fend off the truth with fabricated doubts and contrived objections." Knowing that this is commonly the case, I like to ask atheists and skeptics a gentle but pointed question, something like this, "Could it be that the real reason you reject believing in God (or believing the Bible, etc), is that there is something you enjoy doing that you know you'll have to give up if you were to believe?" Surprisingly, sometimes they confess that that is indeed part of the problem. Having that out in the open allows the Christian ambassador to fine-tune his approach and not waste time debating issues that are really just a smokescreen.
Posted by Charlie Campbell at 7:23 PM

Christianity is Not the Only Exclusive Religion 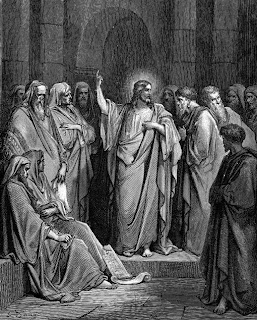 In John 14:6, Jesus claimed to be the only way to a right relationship with God ("I am the way, and the truth, and the life; no one comes to the Father, but through Me"). Peter affirms the same thing in Acts 4:12 ("And there is salvation in no one else; for there is no other name under heaven that has been given among men, by which we must be saved"). The Bible's clear teaching regarding the exclusivity of the Christian faith is a common target for critics and skeptics of Christianity. It is not uncommon to hear them criticize Christians for saying a person must put their faith in Jesus in order to have their sins forgiven ("What about all the other religions? How can you Christians say that Jesus is the only way to heaven?"). Of course much could be said in response to this whole question, but in this short entry today I thought I'd share with you a quick thought by Ron Rhodes, author of the book Answering the Objections of Atheists, Agnostics & Skeptics. He points out something that I think a lot of people overlook. He writes: "In the interest of fairness, it is important to recognize that Christianity is not the only religion that claims exclusivity. Muslims claim Allah is the only true God, that Muhammad is His ultimate prophet, and that the Koran is God's ultimate revelation to humankind. Hinduism is unbending in its commitment to the Vedas as scriptures, and reincarnation and the law of karma as the means of salvation. Atheism , for that matter, is exclusivist in its view that all religions that believe in God are wrong, and that atheism alone is the correct view. To chastise Christianity as being the only exclusivistic group is therefore unfair...While saying Jesus is the "only way" may seem narrow-minded, there are many "narrow options" in life that are not necessarily bad. For example, sometimes there is only one operation that can save your life. Sometimes there is only one road out of a forest. There is only one correct formula for Pepsi. When I take a flight to the Dallas-Fort Worth airport, I desire the pilot to land only at that airport...All of these things are narrow, but that doesn't make them bad. So it is with the wonderful gift of salvation in Jesus Christ." For more help on this topic visit our online store and see our DVD or CD entitled, “All Roads Do Not Lead to God.”

Posted by Charlie Campbell at 4:07 PM

Does The Universe Need a Cause? 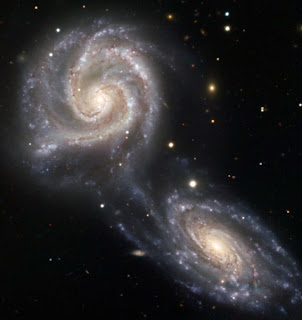 Many atheists believe that the universe is uncaused and does not need a creator to explain its existence. They give their wholehearted approval to the words of Carl Sagan who said, "The cosmos is all there is, all there ever was, and all there ever will be." Despite the mounting evidence that the universe actually began to exist at a particular point in time, many atheists cling to the idea of an eternal universe because an eternal universe does not need a cause, or we might say a beginner, or creator. In their fantastic book, When Skeptics Ask, Dr. Norman Geisler and R. M. Brooks tell a little parable to demonstrate how absurd it is to believe that the universe does not have a cause:

Two men were walking through the forest and happened across a glass sphere lying on the carpet of green moss. There were hardly any sounds other than the pair's own footsteps and certainly no signs of other people. But both of them saw that the very obvious inference from the evidence of the spere was that someone had put it there. Now, one of these men was a skeptical scientist, trained in the modern view of origins, and the other a layman. The layman said, "What if the sphere were larger, maybe ten fee around--would you still say that someone put it there?" Naturally, the scientist agreed that a larger spere would not affect his judgment. "Well, what if the spere were huge--a mile in diameter?" probed the layman. His friend responded that not only wold someone have put it there, but there should also be an investigation to find out what caused that someone to do it. The layman then ventured one more question: "What if the spere were as big as the whole universe? Would it still need a cause?" "Of course not," snapped the skeptic. "The universe is just there."

For more help on evidence for the existence of God, you might consider visiting our online store. We have the book mentioned above, When Skeptics Ask as well as some exciting new DVDs, including Lee Strobel's new DVD, The Case for a Creator.

Posted by Charlie Campbell at 8:17 PM