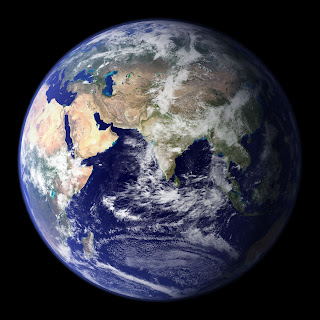 Occasionally I am asked my opinion about the global warming fears that many have. First off I will say that I believe we should be excellent stewards with God's beautiful creation (Ps 24:1 says, "The earth is the LORD'S , and all it contains, the world, and those who dwell in it.") I think we should recycle, throw our trash in the trash can, not throw out our used oil down the local sewer, etc. Having said that, I personally don't buy into Al Gore's radical conclusions and apparently, I am in good standing. World Net Daily reports today that, "More than 31,000 scientists across the United States, including more than 9,000 Ph.D.s in fields including atmospheric science, climatology, Earth science, environment and dozens of other specialties, have signed a petition rejecting "global warming," the assumption that the human production of greenhouse gases is damaging Earth's climate.
"There is no convincing scientific evidence that human release of carbon dioxide, methane, or other greenhouse gases is causing or will, in the foreseeable future, cause catastrophic heating of the Earth's atmosphere and disruption of the Earth's climate," the petition states. "Moreover, there is substantial scientific evidence that increases in atmospheric carbon dioxide produce many beneficial effects upon the natural plant and animal environments of the Earth." Click here to read the rest of this article.
Posted by Charlie Campbell at 8:44 PM