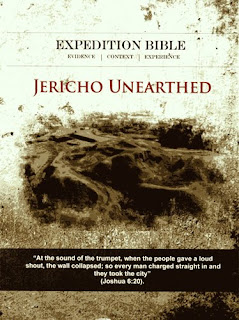 Was Jericho a real city or just a mythological place that the authors of the Bible invented? If the ruins of Jericho do exist, is there any evidence that the walls came down as recorded in the book of Joshua?

The most famous excavation of this ancient site, carried out in the 1950's under the direction of Kathleen Kenyon, claims that there wasn't even a city at Jericho much less city walls at the time when Joshua supposedly conquered it.

This new documentary, Jericho Unearthed, which interviews several archaeologists--including one who excavated with Kenyon half a century ago--exposes Kenyon's flawed conclusions and builds a compelling case that the Bible's account of Jericho is accurate and trustworthy.

This fast-paced, visually-excellent documentary was filmed in Israel and was produced by Expedition Bible, the same group that produced "The Bible vs. The Book of Mormon."