The Fine Tuning of the Universe: Another Reason to Believe in God 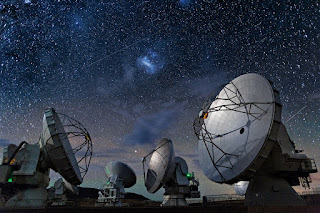 The more scientists study the universe, the more they discover that conditions in the universe appear to have been extremely fine-tuned (designed) to permit life. Numerous conditions have been identified that have to have just the right values (in other words, they need to be “tuned” to just the right degree) for any kind of conceivable physical life to exist in the universe. If any of these conditions were to change even a little, the universe would be hostile to life and incapable of supporting it. This conclusion is not something that Christian scientists have concocted. This is something that is being acknowledged by scientists of every persuasion.Stephen Hawking for example (a man who certainly does not consider himself a Christian) said:

“The universe and the laws of physics seem to have been specifically designed for us. If any of about 40 physical qualities had more than slightly different values, life as we know it could not exist: Either atoms would not be stable, or they wouldn’t combine into molecules, or the stars wouldn’t form the heavier elements, or the universe would collapse before life could develop, and so on.” [Austin American-Statesman, October 19, 1997]

When he speaks of “40 physical qualities” that appear to have been specifically designed to permit life, he’s talking about...


•  The force of gravity (if it was much stronger everything would collapse; if it were much weaker everything would drift apart)
•  The speed of light and the mass of an electron (if the speed of light or the mass of an electron were even slightly different there would be no planet capable of supporting human life)
•  The force that binds subatomic particles (such as neutrons and protons) together within the nuclei of atoms (if the force were stronger or weaker by more than about one percent, the universe would be either all hydrogen or have no hydrogen at all)
•  The energy levels in carbon atoms (just right for life to exist; change them a little and the universe would be incapable of supporting life)

When it comes to these kinds of conditions, Dr. Francis Collins, former head of the Human Genome Project, states that if any of these constants “was off by even one part in a million, or in some cases, by one part in a million million...there would have been no galaxy, stars, planets or people.” [August 2006 interview with Salon.com]

SKEPTIC: “Well, maybe the universe just ended up this way by chance.”
I don't think so. Donald Page of Princeton’s Institute for Advanced Science calculated the odds against our universe randomly taking a form suitable for life as:

I'm not sure how far along you got in your mathematics studies in high school or college, but I think you could agree with me that these are such astronomical odds, it is safe to say that the universe did not end up with these finely-tuned conditions apart from an incredibly intelligent and powerful designer. And that’s what many cosmologists and physicists are concluding today: Something supernatural appears to be going on behind the scenes.


“A common sense interpretation of the facts suggests that a superintellect has monkeyed with physics, as well as with chemistry and biology…”
[Fred Hoyle, "The Universe: Past and Present Reflections," Engineering & Science, November 1981, p. 12, online source]

Well, this conclusion (that God may be behind it all) of course does not sit well with atheists who are committed to a godless universe. So where do they run? How do they explain the fine-tuning of the universe? They do acknowledge that what appears to be “fine tuning” exists. So what do they do with it? Well, Richard Dawkins, Stephen Hawking, and other prominent atheists seek to explain away the fine-tuning of the universe with a hypothesis straight out of science fiction called "The Multiverse."

The multiverse? What’s that?

Their “multiverse” hypothesis says there might be trillions of universes (thus the term “multi-verse”) and that somewhere in this gigantic mix of universes a finely-tuned universe will appear by chance alone. And we humans just happen to live in that finely-tuned universe. (So, "There’s no need to believe in God!" they say. ‘Our universe ended up like this by chance!’).

Well friends, this is a desperate theory atheists have come up with. What evidence is there for a multiverse (universes outside our own)? There is none. There is not a shred of evidence for even one universe outside our own, let alone trillions of universes. I find it ironic that atheists regularly tout their interest in observational evidence but when faced with the observational evidence of the universe's fine-tuning, they retreat to a hypothesis that has no observational evidence to support it. None! And even if their multiverse theory was correct and there are trillions of universes, that still doesn't end the debate over the existence of God. For the question would remain:


How did those universes come into existence?
Nothing does not produce something.

Well, we reject the notion that nothing can make even one universe, let alone trillions of universes. Remember, nothing cannot do anything! It can't even create an ant, let alone a planet or stars. So the multiverse theory does nothing to undermine or weaken our case that the incredible fine tuning of the universe is indeed compelling evidence for the existence of God.
Posted by Charlie Campbell at 7:27 PM